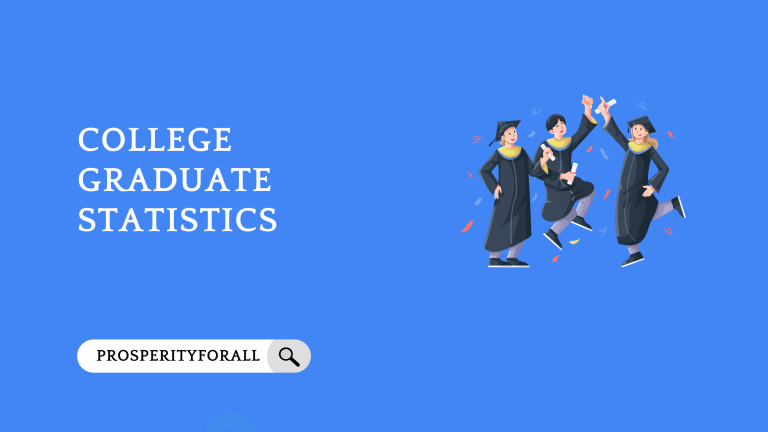 A bachelor’s degree is still a significant benefit in many sectors of the US corporate market. Graduates from colleges typically make more money than non-graduates, and they are also more likely to find employment in the first place.

At the same time, many Americans claim they cannot afford to earn a four-year degree or that they simply do not want to.

Here are some notable details regarding American recent graduates.

Here are detailed stats on first-time bachelor’s degree students who graduated within 6 years (2020).

Following are some important facts and stats that explain the demographics of college graduates. These are varied according to age, gender, and race.

In general, during enrollment, one’s age does affect their likelihood of graduating from college. At the same time, a pattern suggests that enrollment will rise for all age groups, from 22 to 34.

Most of the students in the college are between the ages of 18 to 24. But there is also a huge enrollment of older adults seen in recent years.

Since the turn of the 20th century, women had made significant progress in overcoming gender inequality in the educational system. In many other fields, including the number of people with bachelor’s degrees, women began to surpass men in 2015.

It is noted that most of the postsecondary students are females. Following are some of the few statistics based on the nonbinary genders.

Here is the complete statistics by Gender

Ethnicity and race is the major factor in the educational aspect in the US.

Following is a detailed structure of percent of graduates by race.

A maximum number of graduates each year in most states hold bachelor’s degrees. Business degree courses are widely held by graduates of bachelor’s and master’s programs across the country, which indicates that they are becoming more valuable.

States in the United States have different college graduation rates. The states with the highest graduation rates are Rhode Island, Pennsylvania, and Massachusetts, while those with the lowest rates are New Mexico, Alabama, Wyoming, and Arizona.

The most recent figures on the number of college graduates by the state are listed below.

Following are the states with the most college graduates.

Here is detailed information on the states with the lowest number of college graduates.

There are certain major disciplines that affect the college degree graduation rate. Many students in the US graduate from college with a STEM degree.

Following is a breakdown of the number of graduates and the Majors:

Graduation Rate by College in the US

Higher graduation rates are found in some colleges than others; for instance, Ivy League students are much more likely to complete their degrees in six years than students at less prestigious public or for-profit institutions.

The top 10 American colleges with the highest and lowest graduation rates are listed below.

Colleges with the lowest graduation rates are following

COVID-19 and The Graduation rate

Due to the pandemic, it is seen that undergraduate enrollment has decreased in the last 2 years.

College students can increase their chances of graduating on time by working closely with their academic advisor, taking advantage of financial aid, and choosing a field of study that interests them.

And even though many students don’t graduate within the standard time frame for their program, a degree is still within reach — it’s possible to extend a degree program or even come back for a degree later on in life.

I hope this article helped to understand college graduate statistics in the US. Share your thoughts in the comment section below.