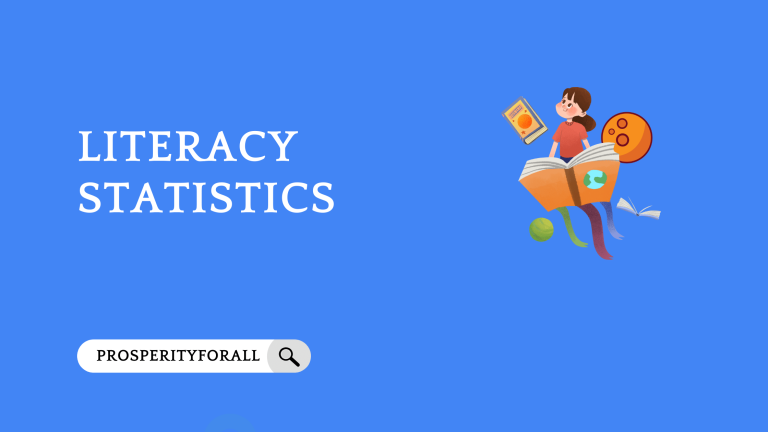 Being literate involves much more than just being able to read and write. A person’s intellectual and emotional growth can be irreparably harmed by illiteracy, which also frequently inhibits one’s ability to lead a fulfilling and successful adult life.

According to a Gallup analysis of data from the U.S. Department of Education, there are about 130 million adults in the U.S. who have low literacy skills.

This indicates that 54% of Americans between the ages of 16 and 74 read at a level below that of the sixth grade.

Let’s delve into it!

Literacy Rate in the US: Top Statistics

The majority of fourth- and eighth-graders have higher literacy rates today than they did in 2008 (Digest of Education Statistics for 2018).

In children, cognitive processes develop in the first few years. By the age of 3, 85 % of the brain is fully developed.

Causes and Effects of Child Illiteracy

Childhood illiteracy can be caused by various factors, including the parental and home environment. Living situations are the most critical factor that affects child illiteracy. It can be affected by parental income level, crime, violence, regional location, employment status, etc.

Here are some of the causes that affect literacy

Children with low literacy rates are likely to receive poor grades, skip school, and exhibit behavioral issues. Students who are illiterate may feel inept at school, resulting in low self-esteem and isolation. Childhood illiteracy can have a negative effect on adulthood.

Numerous factors have an impact on literacy rates, which vary greatly by state.

These literacy statistics for 2022 must have highlighted some of the significance of beginning to read at a young age and maintaining the habit throughout one’s life.

If I have missed something to mention, then let us know in the comment section below.