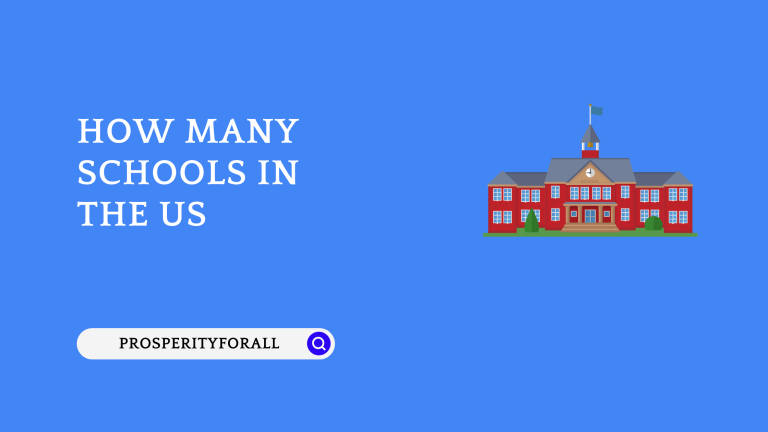 When it comes to How many Schools in the US, then it is a number in flux. It is very time-consuming to research and find the exact number of schools in the US.

You might be wondering How many public and private schools are in the US? Or what does the population of students in US schools look like?

Considering these questions, I researched and compiled overall statistics on how many schools are in the US. To get a better picture of these statistics, I have discussed the public and private enrollments, details about the demographics, regional statistics, and comparisons between private and public schools in the US.

Let’s quickly have an accurate picture of the US education system.

Schools In The US: Key General Stats.

Public Schools In The US

Secondary schools provide a roadmap to start their career by providing them with a sustainable and insightful aspect towards education.

With a large number of public schools in the US, various students come from different backgrounds and ethnicities. According to Admissionsly, minority enrollment in public schools is half as much of white students.

The regional enrollment of public schools varies according to various factors like population, region, and type of school. It is seen that enrollment in the western and southern regions has increasingly grown over the years.

Private Schools In The US

The enrollment data available for private schools is for fall 2020.

Below is an ethnicity statistics for private schools in the US. (Primary and secondary schools) (in percentage)

The regional statistics of private schools depend on the income of the parents, the regional area, and also the type of school.

Here is a comparison chart for enrollments in private and public schools in the US for the year 2020. (in a million)

The US is stepping ahead with the education system, and so do the number of schools. As we see, elementary and primary schools are growing faster as compared to secondary schools.

Over all else, it is essential to keep tracking the educational standards and to provide fair and equal opportunities for all individuals to succeed.

I hope this article has helped you walk through the number of schools in the US and various facts about private and public schools.

Let us know your thoughts on this in the comment section below.