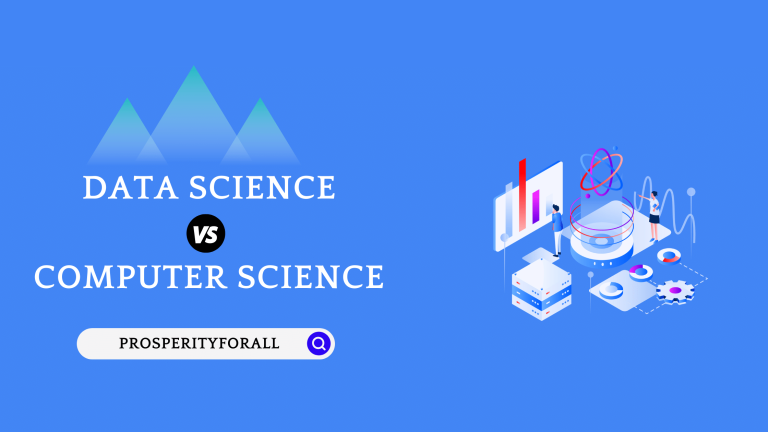 There has been a common misconception and confusion about Data science vs Computer Science. Moreover, many people struggle to distinguish both them and pick the right stream.

There has been a misconception stating that data science and computer science are the same. But that is not TRUE!

Even though they belong to the same parent branch, they have unique characteristics and perks. To clarify your doubts and give a good understanding of Data Science and Computer Science, we have composed this post that will discuss all the nooks and crannies of Data Science and Computer Science in detail. So make sure that you don’t miss out on something.

Data Science vs Computer Science: In A Nutshell

Computer Science can be referred to as the study of computers and their minute technical aspects. These include studying the distant types of domains like computer architecture, computer programming, networking, databases, and the processes involved in functioning the computer as a system.

Data Science studies relational, non-relational, structured, unstructured, and semi-structured, from which the information is extracted to refine and sort the data for industrial uses. This involves using different technologies like data sorting, mining, parsing, optimizing, etc., which can be used to make the data sorted and easily readable by human eyes.

Here is a quick comparison between computer science and data science!

Though both domains might seem similar to a certain extent, there are vast differences between them that may exploit each other. To understand this better, we will be going through each one of them on-by-one in this section.

Data Science is a recent field introduced in the industry, and the results it has been generating have been highly phenomenal. Data Science makes data processing easier for humans. This involves data sorting, data mining, data optimization, data visualization, and data analysis. All these things collectively make data science way more popular and demanding. Here are some of the applications and uses of Data Science:

It enables different industries to take a technical approach to their problem and save time and human effort. It helps design software, websites, networks, and databases that provide security to them concerning physical and virtual aspects. Here are some umbrella industries where computer science is used.

Data Science and Computer Science each have their own benefits in their own respective fields. Once you master the art of combining both these domains, you can create a powerful system to do whatever a human brain is capable of imagining. But, it is necessary for us to understand how these domains have their own merits and how one stands out from another.

Due to its technological advancements, data science has been on the rising side of the graph. The amendments that data science has brought in the field of computers have made businesses and all other industries eager to teach it in their core software. Here are some merits that Data Science has:

The field of Data Science and Computer Science has expanded exponentially, so the merit list can not be written all at once. But their above-stated points will give you a brief knowledge about the core merits of each field.

Now that you have explained the basic understanding of how these fields differ, understanding the job roles for each would be simple. A survey done by Indeed in 2022 shows an increase in Data Scientist’s jobs by 364,000, so there is a shortage of Data Scientists in the industry. So one can prioritize acquiring data science skills, which will land you a salary of $95,000/year.

Compared to Computer Science, new branches will be the upcoming trend in the industry, like cyber security, blockchains, AI & ML, etc. These roles can land you a job for $131,490 as a fresher, which is extremely good for a fresher.

Data Science and Computer Science are proliferating with the increase in technological advancement, and they also have their benefits. We hope that you have got a brief understanding of our post.

Let us know in the comment section below which field has compelled you and what will be your approach to each area.

Which one is better: Data Science or Computer Science?

To summarize everything, Computer Science is much easier than Data Science because it has several algorithms and mathematics involved.

Yes, Google hires data scientists and provides amazing CTCs as well. But you should have considerable knowledge and must have worked on projects.

Yes, Data Science does require coding knowledge to some basic extent in python and other object-oriented languages. 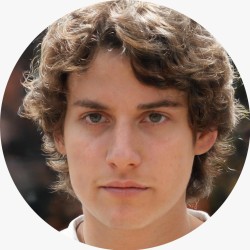 Adam Cheise
Adam is a student pursuing his master's in Machine Learning and AI. He is a passionate writer and loves to review — coding and technical course platforms. He reviews all tech courses on ProsperityForAll.